Did You Know?
This sound isolating chamber is located at Orfield Laboratories in Minnesota.  It is so quiet sound is measured in negative decibels.
The world's smallest church is located in Oneida, New York and is in the middle of a Lake!  With less than 30 square feet, there is only room to accommodate the bride, groom, and person marrying them.
In St. Augustine, Florida there is a museum dedicated to the brutal torture methods that were used during the medieval times.
Basketball star LeBron James also goes by the name “King James.” Beginning in high school, James was considered basketball royalty with his impressive stats. He went straight into the NBA from high school, where he continued to smash stats further earning him the crown nickname. 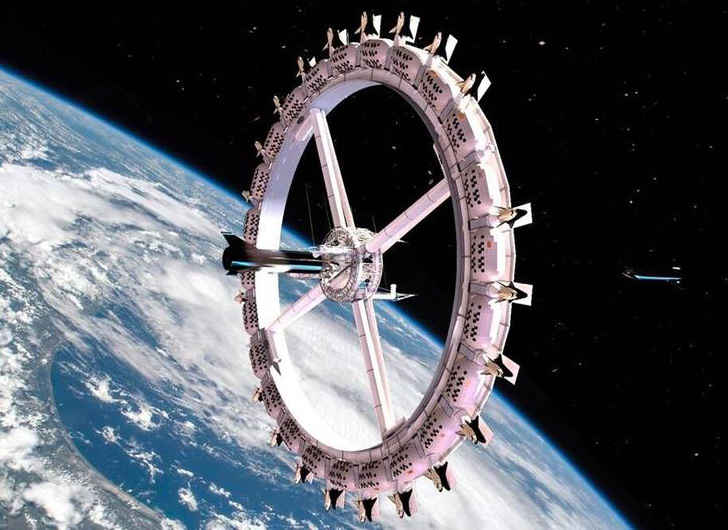 The “Golden Age of Space Travel” is just around the corner, according to former pilot, John Blincow, whose company Orbital Assembly Corporation has been commissioned to build the world’s first space hotel.

In an interview with CNN, Blincow said of the hotel, which is set to open in 2027, “We’re trying to make the public realize that this golden age of space travel is just around the corner. It’s coming. It’s coming fast.”

Our planned orbit and elevation for Voyager Station is 97 deg and 500-550 km. This is a sun-synchronous polar orbit that will reduce thermal stress and allow for almost continuous solar power generation. There, orbit degradation and space debris risk will be nominal. pic.twitter.com/DAIpr6Zp94


Voyager Station will consist of 24 modules connected by elevator shafts that make up a rotating wheel orbiting the earth, CNN reports and is the dream child of the Gateway Foundation, which Blincow also heads up.

Visitors to Voyager Station will be able to vacation surrounded by stunning views of the earth – and all the luxury one would expect from some of the world’s finest resorts. The galactic hotel will be able to accommodate up to 400 people and will have artificial gravity roughly the same force as the moon.

According to CNN, not only will Voyager Station visitors relax in swanky suites, but they will also get to dine on some traditional space food such as freeze-dried ice cream during their interstellar vacation whilst enjoying a slew of amenities including a spa, cinema, library and concert venue.

According to the Daily Mail, Voyager Station will orbit the earth every 90 minutes using the artificial gravity created by the circle’s rotation.