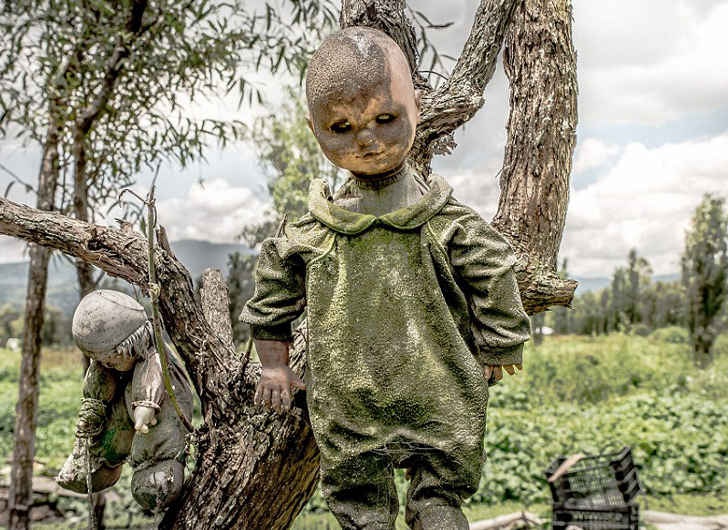 If Halloween seems to be a lot less terrifying, you may want to amp things up a bit and head away from the friendly confines of home to places notorious for ghostly hauntings.

Whether you choose to travel domestically, or grab your passport to seek out international ghosts, be prepared for a ghoulish trip of a lifetime.

The Tower of London, UK

The Bloody Tower at the Tower of London The Tower was used to contain people who posed a serious threat to national security. Wealthy prisoners were often treated well, while others got gloomy dungeons. Despite its fearsome reputation, not all of the Tower's prisoners at the Tower suffered terrible conditions; some had varying experiences, from the luxurious to the lethal. Wealthy, influential inmates could be held in relative comfort, deprived only of their liberty. Some captives, such as Sir Walter Ralegh who was imprisoned in the Bloody Tower for a total of 13 years, brought in a host of servants. Others were allowed out on hunting or shopping trips! But those suspected or found guilty of treason, which including counterfeiting coins as well as plotting against the monarch, suffered far more. Guy Fawkes and his co-conspirators were subjected to close imprisonment and torture. #TowerofLondon #historicroyalpalaces #visitlondon #londoncityworld⠀⠀⠀ #prettylittlelondon #London #unitedkingdom #britain #bigben #westminster #towerbridge #vscolondon #lonelyplanet #huffpostgram @london #guardiancities #visitengland #timeoutlondon #natgeotravel #natgeo


With it’s long – and oftentimes gruesome history – the Tower of London is teeming with the spirits of imprisoned and tortured souls. Regarded by many as the most haunted place in England, the Tower of London was built in 1078 by William the Conqueror.

It has seen its fair share of executions, including that of Anne Boleyn – one of Henry VIII’s fated wives. She was beheaded in 1536 and her headless body has often been seen walking the corridors of the Tower and hanging around the spot where she was beheaded.

The ghosts of two small children have been spotted roaming hand in hand around the building in their nightgowns. The apparitions are believed to be the two young princes, infamously locked up in the Tower and murdered by their uncle, the Duke of Gloucester.

Thanks to the very sweet, polite and welcoming ghosts of @qstation (just in case they read this ) for helping our pants be soiled before getting thoroughly scared off in the name of all things Halloween Check out the video at 2Dayfm.com.au #HappyHalloween


Head down under to the Australian city of Sydney to experience this former quarantine station from the 1800’s. Deemed the most haunted spot in Australia, the building housed immigrants believed to be carrying infectious diseases and at least 600 people died during their quarantine. According to people who have participated in Q Station’s infamous sleepover ghost tour, many of the spirits refused to leave and ghostly apparitions are plentiful!

Although Eastern State sat abandoned for roughly 20 years, historic artifacts remain and can be found throughout the penitentiary.


The Eastern State Penitentiary in Philadelphia was the first of its kind to offer solitary confinement and thanks to its history of harsh and brutal treatment, many of its prisoners went quite mad, which may explain the evil cackling coming from cell block 12.

The prison, which held Al Capone at one point, was abandoned in 1971, but the ghosts remain including a plethora of shadowy figures, ghostly faces, the sound of footsteps and banging of cell doors.


Believed to be quite possibly the most haunted place in the entire world, this building dating back to 1145 was built on the spot of an ancient Pagan burial ground from some 5000 years ago.

The residence has seen a gruesome, evil history with devil worshipping and child sacrifices taking place within its walls. The property has operated as a Bed & Breakfast, with John the owner reminiscing about his first night inside the property in 1968. As he slept he felt a presence grab his arm and drag him out of bed and across the room. John has since investigated the whole building and found evidence of devil worship and satanic rituals. He also uncovered the skeletons of two children underneath the staircase.

Guests staying at the property have reported seeing ghosts in their rooms, the feeling of being touched by ghostly apparitions and a tremendous sense of evil pervading their space.

Island of the Dolls, Xochimilco, Mexico


Let’s face it – dolls can be sometimes creepy and the Island of the Dolls in Mexico is no exception. The island has a strange history dating back to the 1920’s. During the 1950’s – unaware of the island’s peculiar past – a recluse named Julian moved there in order to be alone. During the 1920’s a group of three young girls were playing near the water, when one of them fell in and drowned. Local folklore spoke of the young girl’s spirit remaining on the island and locals refused to go near the place – except for Julian.

Once there he reported the little girl began speaking to him and so he began to purchase dolls for the ghost to play with.

Later he told his nephew the little girl’s ghost was demanding more and more dolls and he felt as though she wanted him to join her in a watery grave. Later that day his nephew returned to find his uncle drowned in exactly the same place the little girl had drowned many years earlier.

Visitors to the creepy island report the eyes of the dolls follow them. What’s more they often hear the dolls whispering to them, especially at night.