Did You Know?
Jellyfish Lake.  There is a section of Palau that contains 70 marine lakes, and one of them is filled with jellyfish.  For years it was closed to the public due to the population of jellyfish lowering in number, but has recently been reopened and the number of jellyfish is rising once again.
Richat Structure.  This 30-mile wide structure in the desert of Mauritania has an interesting shape.  Is it a huge fossil, or a spacecraft landing site?
This piece of fashion jewelry is known as the mood ring which contains a thermochromic element, such as liquid crystal, that changes colors based upon the temperature of your finger. It comes with a color chart to identify what 'mood' you were in.
These toys were known as Sky Dancers and peaked in popularity in the mid-90s. By pulling a string, these dolls would be propelled into the air from their bases. Sky Dancers were also made into an animated show. 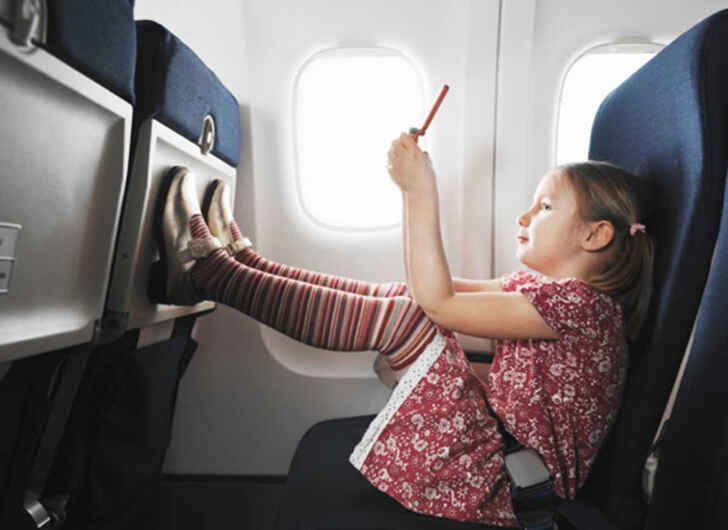 Airline travel is back with a vengeance, which means dealing with the pesky behavioral problems of other passengers.

According to Fodor’s if having the back of your seat constantly kicked during your flight or being seated in the vicinity of a drunk and disorderly passenger top the list of your travel pet peeves, you’re not alone.

A survey by The Vacationer found that the top two annoying behaviors for 2022 were tied: disruptive, drunk passengers and having the back of your seat kicked, both ranked at 59.11 percent.

The online survey of 1,098 American adults 18 years and over also found that smelly co-passengers came in a close third at 48 percent, and poor-parenting skills for unruly tots came in at 46.81 percent.

According to Fodor’s, other annoying behaviors to make the list included armrest hogging, seat reclining, smelly foods, overly talkative people, removing shoes, and people boarding and deplaning out of turn.

The study found that specific demographics seem to get annoyed more than others. According to Fodor’s, the study found that 51 percent of flyers over 60 were annoyed by passengers reclining their seats and 46 percent of the over-60s’ had issues with armrest hoggers. Younger flyers between 18-29 years of age were the least likely to find these behaviors harmful.