Did You Know?
In Hastings, Ne this museum is all about Bigfoot.  Apparently, there are Bigfoot sightings all over the U.S., not just the north west as most believe.
In Louisville, Kentucky this cemetery, which seems to be a continuous labyrinth, tries to make an impression of the people put here long after their death.
Socker Boppers were a big 'hit' in the 90s - no pun intended. Their spin-off products  - Sock'em Swords, Sock'em Shields, and Sock'em Screamers were also a successful sell.
Hockey legend Wayne Gretzky earned the nickname “The Great One,” being noted as one of the greatest hockey players of all time. 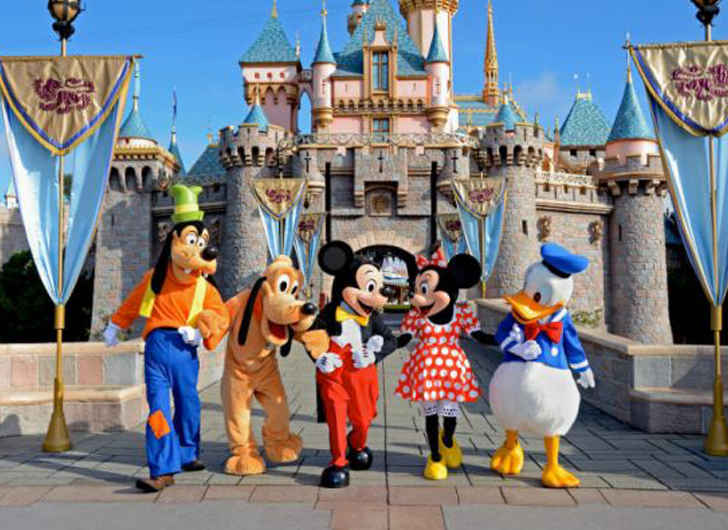 Cast Members at Walt Disney work hard to make sure the various Disney theme parks live up to their “Happiest Place on Earth” moniker – and that includes abiding by some pretty stringent rules.

According to Reader’s Digest there are three little words no Disney Cast Member is ever allowed to say. Never, ever are they allowed to tell a Disney guest, “I don’t know.”

“If a guest asks you a question, you always have to have an answer, no exceptions,” an anonymous former cast member told Reader’s Digest. “If you don’t know it, find out, but don’t say you don’t know. If it’s a silly question, make up a silly answer. If a child asks you what Tinkerbell eats before her flight across the Magic Kingdom during the fireworks, you better come up with an answer quickly.”

According to Guff, there are other requirements for Disney cast members. Looking to play a Disney Princess at one of the theme parks? Disney criteria requires you be between 5’ 4″ and 5’ 8″. Meanwhile, nail polish is not allowed and neither are super long nails. Female cast members are prohibited from having their nails extend more than a quarter inch past the fingertip.

Disney cast member are also not allowed to point. Instead of pointing with a finger – which is considered offensive in some cultures – cast member will instead gesture with their whole hand.

Another big no-no is social media. Disney cast members are not allowed to discuss what they do on Facebook, Instagram and Twitter and backstage photos are prohibited.

Even though the rules for being a Disney cast member can seem daunting, according to PopSugar, the perks are wonderful. They include free entry to your parks at any time, together with free tickets and entries for family and friends, Disney Resort Hotel discounts, food discounts, Disney Cruise discounts and access to special events.