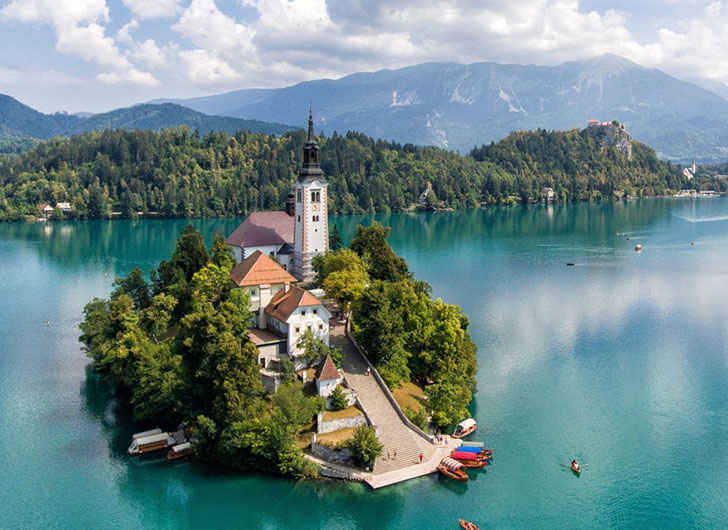 Unsure where you want to vacation in 2020? According to one luxury travel exec, these three locations will be the hottest travel destinations for the upcoming year.

According to Business Insider, Albert Herrera is an executive at luxury travel company Virtuosa, who revealed at Bloomberg’s Luxury Summit Japan, Slovenia, and Antarctica will be the three biggest travel destinations for 2020.


“Japan is very hot because of what’s happening this year with the evolution of the dynasty and the Olympics next year,” Herrera told Business Insider of the country which is set to host the 2020 summer Olympics in Tokyo next year.


The European country of Slovenia may not be on everyone’s travel bucket list, but Herrera told Business Insider it should be.

“It’s fresh, it’s different, and yet it’s in Europe,” Herrera said of the country which is bordered by Italy, Hungary, Croatia, and Austria.

“After a few incredible days in the Weddell Sea, #NatGeoExplorer awoke on the west coast of the Antarctic Peninsula to dramatic ice and fog. Settling into the calm waters of Cierva Cove, we headed out for a morning of Zodiac cruising.” @mayasantangelo, Naturalist/Expedition Diver . . . #lindbladexpeditions #antarctica #cieracove #hughesbay #explorer #expedition #adventuretravel #worldtraveler #travelphotography #wildlifephotographer #travelgram


Herrera said Antarctica will also be a top destination for 2020, with many visitors being multigenerational adults arriving via luxury cruises.

“For example, the Lindblad [Expeditions] ships, they have about 40 or 45 people, and some of them are complete with two families,” Herrera shared with Business Insider. “Grandma pays for everything. It’s like the high-end version of saying, ‘I’m going on a big Alaska cruise.’”