Did You Know?
The Dead Sea, located in Jordan, is 10 times saltier than any ocean.  Because of this high salinity it causes everything to be much more buoyant.
The flavors that do not make the cut wind up here in Waterbury, Vermont.  If you ever visit Ben and Jerry's don't forget to pay tribute to these fallen soldiers.
The Paper House is located in Rockport, Massachusetts and was the idea of Elis Stenman.  He wanted to build a summer home out of newspapers...for fun.
Rollerblades inline skates were all the rage in the '90s. Forget old school skates! Pair your roller blades with some neon bicycle shorts and a neon cut-off t-shirt and you are the epitome of the '90s. 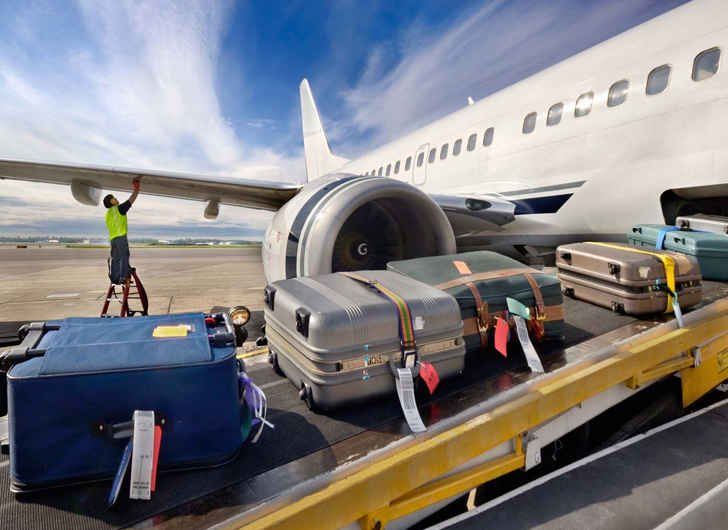 Extra baggage fees – they’re a pain. Trying to cram all your clothes into a tiny suitcase – that’s a pain too. But for one crafty passenger traveling from Iceland to the United Kingdom, trying to get around paying for an extra bag ended up in his arrest.

According to the Mirror, Ryan Carney Williams – also known as Ryan Hawaii – realised all of his clothes would not fit inside his suitcase. To get around the extra baggage rules he decided to wear as many of his clothes as possible.

Ryan suited himself up in eight pairs of pants and ten shirts, only to be denied a boarding pass.

@British_Airways hi being held at Iceland Keflavik airport because I had no baggage put all the clothes on and they still won't let me on. Racial profiling? Or….. pic.twitter.com/NKgpe1cPFP

Ryan took to Twitter to share his experience, suggesting his denial may be due to ‘racial profiling’ writing, “hi being held at Iceland Keflavik airport because I had no baggage put all the clothes on and they still won’t let me on. Racial profiling? Or ….”

Ryan also claimed in a later tweet he was “arrested and maced” after refusing to leave the British Airways ticket desk.

A spokesman for BA denied the pepper spray allegations, telling the Mirror, “We give our customers a wide range of fares to choose from to meet their needs. Our hand baggage only fares from Iceland are as low as £47 each way, and are designed for customers who are traveling without any hold luggage. We do understand that our customers’ plans can change so they can choose to pay a fee at the airport if they need an extra bag. We explained our policy to our customer and arranged an alternative flight to London.”

To everyone reporting on my airport experience in Iceland.

PLEASE STOP SAYING I was EVADING excess baggage fees….I couldn't AFFORD the fee (£90) as a result of being left homeless in Iceland for over a week.

Thankful that anyone cares tho.

Ryan later tweeted, “PLEASE STOP SAYING I was EVADING excess baggage fees … I couldn’t AFFORD the fee…as a result of being left homeless in Iceland for over a week.”

According to the Mirror Ryan came back to the airport the next day to get a flight on EasyJet back to London, only to be refused on board the plane. Once again he took to Twitter, telling followers, “Because I was disruptive yesterday apparently, I can’t board this flight again.”

A spokesman for EasyJet told the Mirror, “The captain and the ground crew were concerned about reports from the previous day so we provided a refund and he traveled with another airline.”