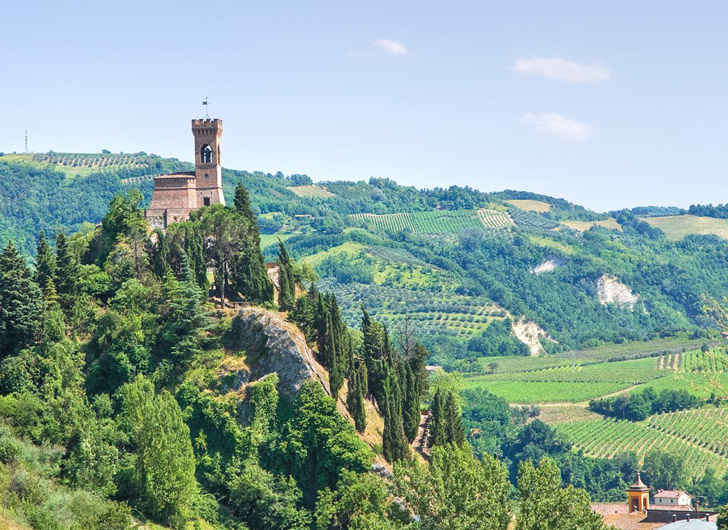 Lonely Planet has released their annual Best in Europe list for 2018, placing the Italian region of Emilia Romagna at the top.

Emilia Romagna is located in Northern Italy and not surprisingly offers some of the best cuisine in the world. The birthplace of balsamic vinegar, Parmesan cheese and Ragú, the Capital city Bologna also contains the world’s largest culinary theme park. Travelers flock annually to the region’s stunning Adriatic coast and tourists looking for a quieter, more rustic vacation can indulge in the scenic Apennine Mountains.


Cantabria, Spain comes in second place on the list, thanks to its “wild, sandy beaches, mist-shrouded mountains, and enchanting villages.”


Lonely Planet placed “European Capital of Culture 2018” city Friesland, in the Netherlands in third place and the tiny Balkan country of Kosovo in fourth. The romantically scenic region of Provence in France takes fifth place, whilst the Scottish city of Dundee comes in sixth.


The picturesque tiny islands of the Small Cyclades located in the Aegean Sea place seventh, thanks to their slow-pace of life and “rare sense of timelessness” – something amiss in many of the other, tourist heavy, Greek Islands. Eighth place goes to Vilnius in Lithuania, with the Slovenian region of the Vipava Valley earning ninth place.


Rounding out the list at number ten is Tirana in Albania. Located between the Adriatic Sea and the Albanian Alps, Lonely Planet calls Tirana a “vigorous metropolis” full of great bistros, cocktail lounges and designer boutiques.