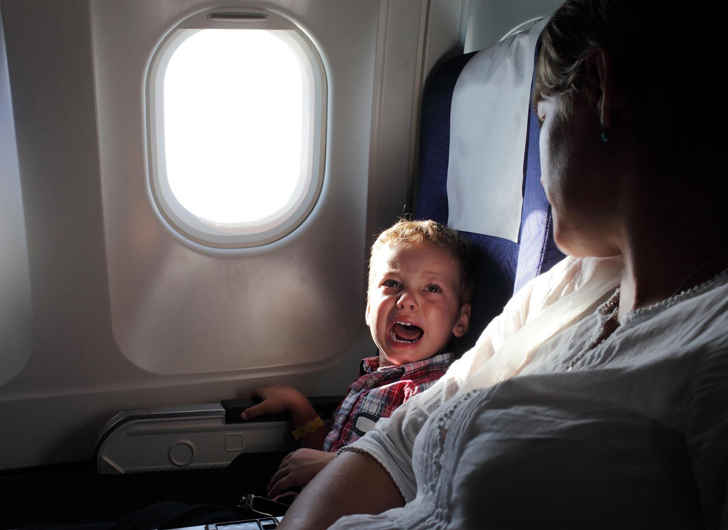 Do you find yourself shedding a few tears watching in-flight entertainment when flying? Or generally feeling more emotional when sitting on a plane? There’s a reason for that, according to TIME magazine.

My childhood in a nutshell – Shadow coming over that hill gets me every, single, time. . #HomewardBound #WeddingSeason #TearsOnAPlane #AirCanada #enRoute #FamilyMovies


According to Jodi De Luca, a Colorado-based psychologist who studies the effects of high-altitudes on emotions, flight travel in general can bring about a heightened sense of emotions.

“For people who get anxious when there is a change in environment, just arriving at the airport can signal a perceived threat to the brain,” De Luca told TIME. “There’s a lot that goes into simply getting on a plane, including traveling to the airport, getting through security, depositing luggage and keeping track of time. That pressure – coupled with possible thoughts of never seeing loved ones again in the rare event of a crash – adds up.”

“We have little control of our environment while we are traveling by plane,” De Luca told the mag. “Although we may not be consciously aware of our emotional vulnerability, our emotional brain is working overtime.”

Altitude levels and the air conditions of planes can affect our emotional and physical states, including leaving the body dehydrated which “causes some people difficulty in self-regulating their emotions,” according to De Luca.


According to TIME, a 2017 survey of passengers by London’s Gatwick International Airport found that “15% of men and 6% of women are more likely to cry while watching a film on a flight than if they were to watch that movie elsewhere.”

De Luca suggests packing puzzles that help keep the brain stimulated if you want to enjoy a tear-free flight, recommending, “Try Sudoku or a crossword puzzle while flying. It will make you think more and cry less.”