Connect with us
Did You Know?
Monolith Of Uluru.  This is the largest rock in the world, and it resides in Australia. All the rocks around it have eroded away, but for some reason this one has held its ground.
Built in Piercy, California, this roadside attraction includes a house called Gravity House that is full of optical illusions.
These dolls, known as Cupcakes Dolls, transformed from a cupcake into a doll and even came in different yummy scents such as Strawberry Shortcake and Cherry Merry Muffin.
This handheld toy is known as the Bop It. It was an audio game which featured a series of commands with buttons, pull handles, twisting cranks, and switches in which the pace would speed up as the player progressed. 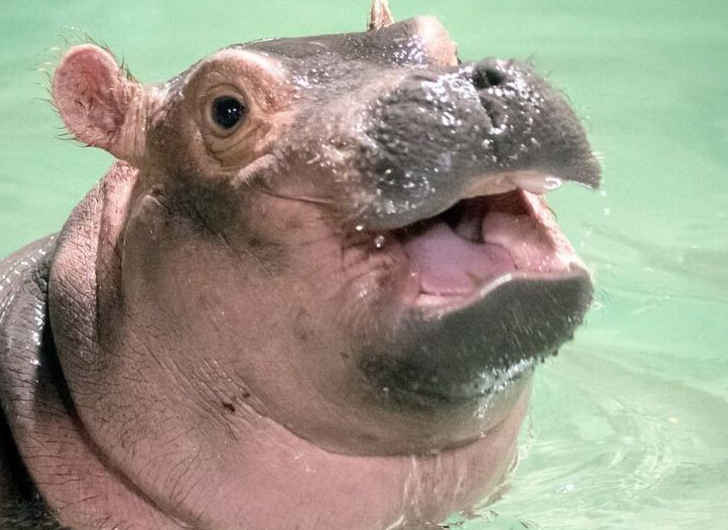 Cincinnati’s famous hippo, Fiona, is about to be a big sister!

You guessed it – Fiona is going to be a big sister!! Bibi’s big bundle of joy is expected to arrive late summer 2022! https://t.co/IcUiKPE8qI pic.twitter.com/XnQzd8mEJo


The zoo told fans that the staff are excited, but also a little nervous since Fiona was premature.

“The hippo team is excited and also nervous,” Eric Byrd, the manager of Cincinnati Zoo’s Africa team, said in a statement reported by People. “As most people know, Bibi’s first baby, Fiona, was born six weeks premature and wouldn’t have survived without the intervention of her human caregivers. We are hoping for a full-term pregnancy and will be doing everything we can to support Bibi.”

After Fiona’s father, Henry, passed away, the zoo brought in a male hippo named Tucker, but People reports the Ohio zoo wasn’t planning for Bibi and Tucker to become parents so soon.

“We weren’t planning to welcome a baby this soon, but nature found a way and ignored our calendar,” Christina Gorsuch, the Cincinnati Zoo’s director of animal care, said via People. “Most forms of contraception, in hippos or humans, are not 100% reliable. The dose that was previously effective for Bibi did not prevent pregnancy this time.”

Bibi and Tucker’s bundle of joy is expected to arrive late summer of 2022!