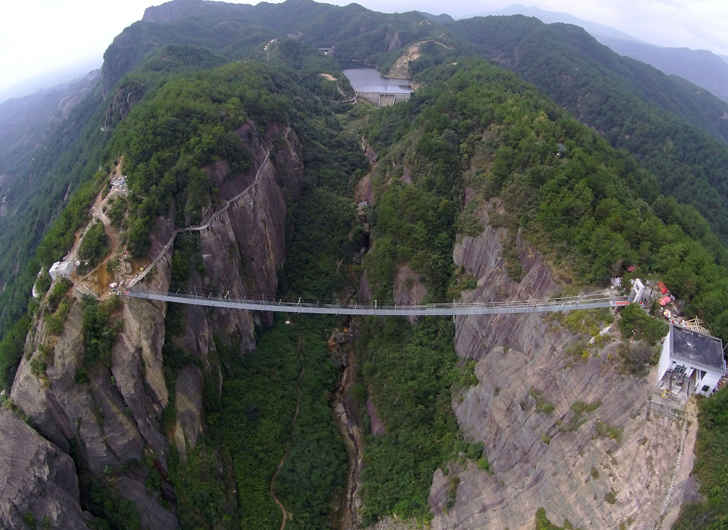 One may not want to check out this attraction if he or she has a fear of heights, but for those thrill seekers that want to experience a true rush, check out China’s newly constructed bridge called the “Brave Man’s Bridge.” 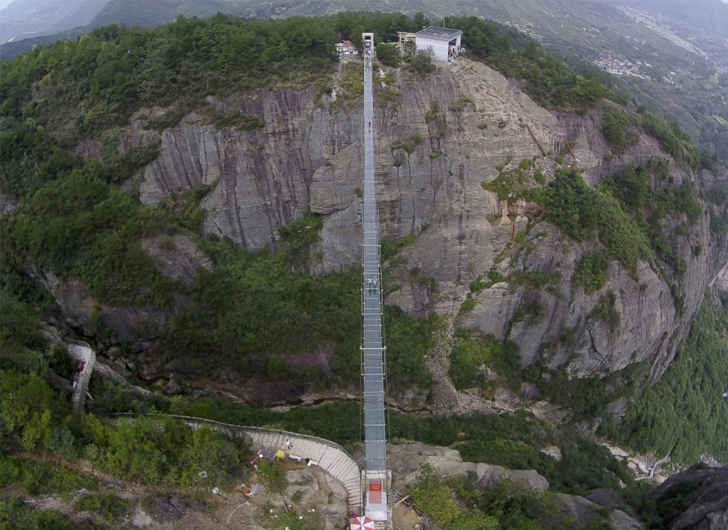 The bridge, open to the public last September, is suspended 600 feet in the air connected by two mountain-tops. What’s unique about the design is that the entire bridge’s bottom is made of glass, allowing patrons see there is nothing below them but a plunging canyon.

These canyons reportedly serve as the inspiration and vision behind James Cameron’s uber successful film, Avatar.

Architect Haim Dotan told BBC, “I believe in nature, harmony, balance and beauty. Nature is beautiful as is. The Zhangjiajie Glass Bridge was designed to be invisible as possible — a white bridge disappearing into the clouds.”