Connect with us
Did You Know?
Painted Hills.  In Oregon, in the US, the john day fossil beds are layers of mineral deposits that the changing light and moisture affects the colors.
The House on the Rock is a tourist destination between the cities of Dodgeville and Spring Green in Wisconsin.  This large structure houses one of the largest collections of bizarre objects in the world.
Beepers weren't just for doctors and drug dealers in the '90s, it seemed like everyone had one! They were as much of a fashion trend than that of a functional way of communication!
NBA star Kobe Bryant gave himself the nickname “Black Mamba” as an alter-ego to separate his personal and professional lives. During a tough personal period in his life, he created “Black Mamba” to handle business on the court. He chose this name after watching Quentin Tarantino’s “Kill Bill,” in which the snake is known for its agility and aggressiveness and was used as a code name for a deadly assassin.

The Federal Aviation Administration is investigating after an American Airlines flight from Texas skidded off the runway during its landing in Boise, Idaho, Monday night.

A photo shared by Twitter user @Pilot1Jim shows the plane in the dirt off the runway at Boise Air Terminal/Gowen Field early Tuesday. Workers can be seen standing nearby.

American Airlines Flight 2990 departed Dallas-Fort Worth International Airport and touched down normally in Boise at around 10 p.m. Monday. According to the airline, the Boeing 737s front wheel hit the gravel surface next to the pavement while taxiing toward the terminal, sending the plane off the taxiway.

The daily flight was scheduled to resume on Tuesday, but the plane involved in Mondays incident remains out of service pending inspection. 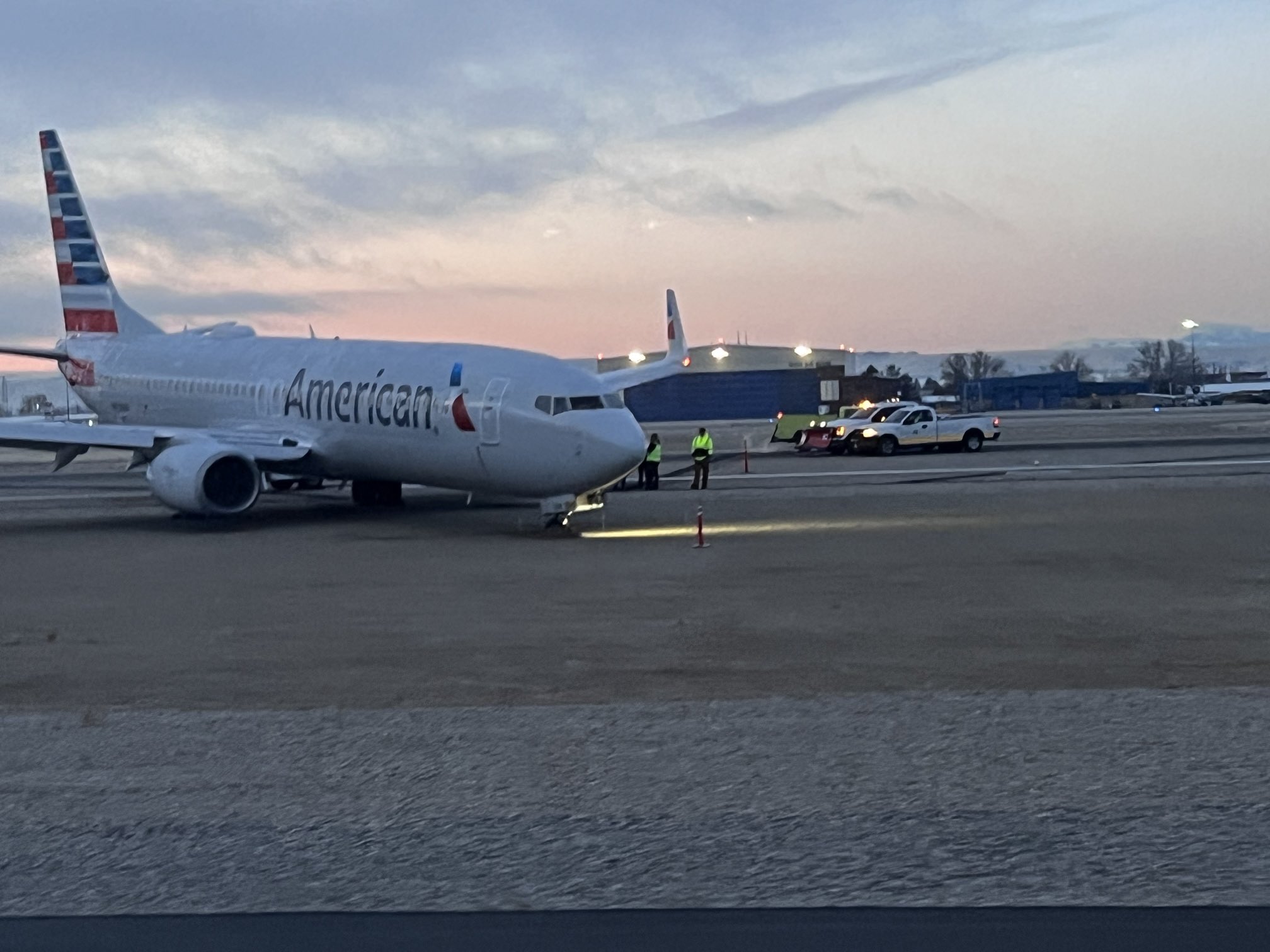